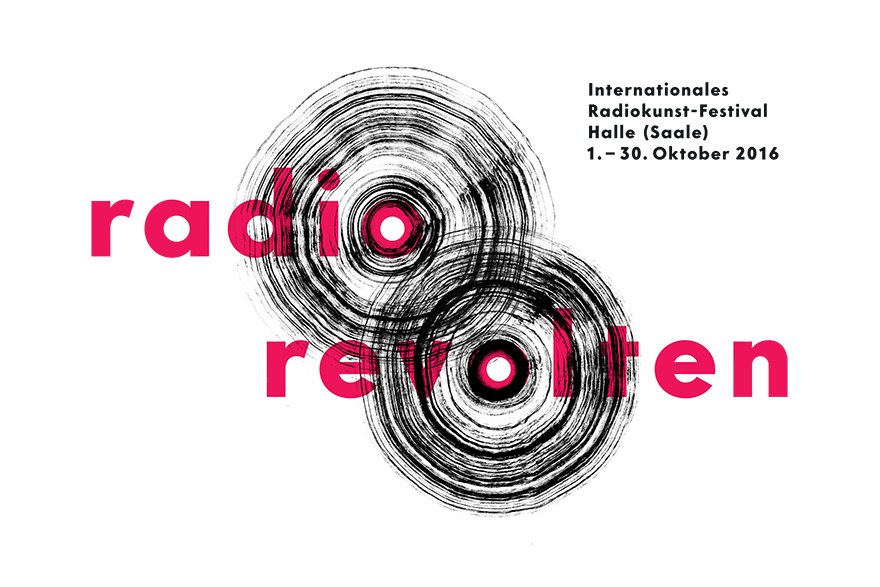 Skálar | Sound Art | Experimental Music is very pleased to be a partner in the largest ever festival of contemporary radio art!

Radio art is a multi-faceted form of art. To illustrate this by way of celebration, the festival Radio Revolten (translation: Radio Revolts) invites more than 70 artists from 17 countries to Halle (Saale), Germany to present 30 days of contemporary radio art at 15 locations around the city in the form of performances, installations, concerts and live radio broadcasts. Daily events take place in the Radio Revolten Club, located close to the city market square. Next door at Radio Revolten Central, visitors will experience art installations in the exhibit dealing with transmission in all its guises. This is also the home of Radio Revolten Radio, transmitting 24/7 on the FM frequency 99.3 MHz in Halle, reaching further afield on the MW frequency 1575 kHz, and serving a worldwide audience via the festival livestream. 35 radio stations around the world will integrate parts of Radio Revolten Radio into their own programming. Remarkable events will surprise Halle throughout the month of October 2016: from towers to castles to gardens, radio will blossom into art.

To show the multiple approaches taken by artists involved with the medium, the festival features works installed in nine venues across Halle. At Radio Revolten Central in Rathausstraße 4 the exhibition Das Grosse Rauschen: The Metamorphosis of Radio, curated by Anna Friz, presents a selection of cutting edge transmission art installations over two floors. A short distance away at the City Museum is the companion exhibition  Invisible Waves/ Unsichtbar Wellen – The history of broadcasting and the attempt at its appropriation in Halle (Saale)”, curated by Ralf Wendt, which will run until the end of the year. At other unusual settings in the city, site specific works will be accessible for the duration of the festival: the Botanical Garden, the Hausmann’s Towers and Red Tower of the market square, the former Zoological and former Physics Institutes, and at the Moritzburg Art Museum the seminal work of Joyce Hinterding “Aeriology” will remain on display until January 2017.

At the Radio Revolten Club venue there will be radio art performances nearly every evening of October. A variety of live art and music will be performed by an array of international artists who work on the airwaves: ranging from atmospheric soundscapes to live dramatic or comic action to musical uses of radio technology. In addition, surprising radio art happenings will pop up on the streets of Halle, and organised events will enliven the central market square. These free public events will be transmitted live on the Radio Revolten FM frequency of 99.3 in Halle and streamed via the website radiorevolten.net

A central part of the Radio Revolten festival is its 24/7 radio art station that can be heard from 1st – 30th October on 99.3 FM in Halle (Saale) and worldwide via our webstream. Test transmissions will start as early as 19th September and further channels of distribution are currently being investigated.

The programme itself is designed to be a type of gallery that can be experienced via radio in every house, car, office or smart phone. A programme that relishes the work of all festival artists and that of hundreds more who will be included through a brisk exchange of radiophonic ideas. Unbound in format and implementation Radio Revolten Radio can evolve into a Gesamtkunstwerk, a catalogue of answers to the question “What is radio art?”

This international conference blends lectures with an open round-table format, where invited artists, practitioners and researchers together with audience discuss the challenges and potentials of working across frequencies in expanded radio space.

listen live on UKW 99,3 MHz and per webstream
listen afterwards on www.radiorevolten.net

Radio space (envisioned as a continuous, available, fluctuating area), is inhabited by interpenetrating and overlapping fields and bodies. We are led to believe that each part of the electro-magnetic spectrum is precisely and evenly divided into categories such as AM or FM radio, shortwave radio, VLF or UHF frequencies, etc. However, listening and playing with waves reveals a radically different reality: frequencies are in fact not discrete but dense and noisy, full of fluctuation, interference, and dynamic activity. Radio space refers to both the symbolic spaces of cultural production such as a radio station as well as to the invisible but very material space of dynamic electromagnetic interactions. Radio in the 21st century has undergone numerous changes, from format to distribution channels to the democratisation of production through old and new media appropriations. Radio space as described by the radio dial is likewise on the verge of major change, as AM, LW, and citizen’s band frequencies fall silent, and FM radio is the next band to experience a potential station exodus to digital radio. At the same time, there is renewed interest among corporations on the one hand, and citizens, artists, and students on the other to re-occupy these emptying frequencies. So never mind the radio of the future – what proposals, projects, activities and art practices are taking place now across what we might consider the post-industrial vacant lots of the radio band?

Exhibitions and public presentations at Radio Revolten 2016 will demonstrate the significant variety of practices undertaken by artists working with transmission and radio internationally, in order to explore the social, symbolic, and material space of transmission and broadcast. What further potential can be utilized immediately for expanded radio practices including radio art?